In some major metros, celebrities seemingly live in a fishbowl. But did you know that we have a few famous neighbors who call San Diego home, too? Keep an eye out, you may just see Tony Hawk, Adam Lambert, or Pauly Shore walking next to you.

Pauly Shore: is an American actor, comedian and filmmaker best known for his roles in several comedy films in the 1990s rumored to have moved to La Jolla.

Bill Gates: is an American business magnate, software developer, investor, and philanthropist. He is best known as the co-founder of Microsoft Corporation. He bought Jenny Craig’s horse facility in Rancho Santa Fe.

Tony Hawk: is a retired professional skateboarder. He is also an actor and stuntman living in Encinitas.

Zandra Rhodes: is an English fashion and textile designer living between London and San Diego.

Aaron Rodgers: is an American football quarterback for the Green Bay Packers of the National Football League living in Del Mar during the off season.

Adam Lambert: rose to fame in 2009 after finishing as runner-up on the eighth season of American Idol. (San Diego)

Reggie Bush: is a former American football running back born in Spring Valley.

Switchfoot: is an American rock band from San Diego, California.

I made it my mission to migrate to the west coast years ago and haven't looked back since. Being surrounded by an environment that I appreciate every day is an opportunity I want to make real for others as well.
I love water and sunshine, running, reading, gardening, traveling and fresh perspectives. Real Estate Expert located in San Diego, CA, I am here to help with any of your buying and selling property needs! Let us keep you in the loop. Get fun, upcoming events delivered to your inbox weekly! 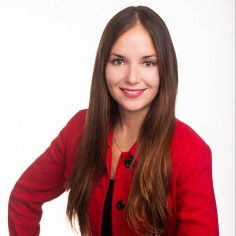 Connect with Me on:

“ This information is deemed reliable but not guaranteed. You should rely on this information only to decide whether or not to further investigate a particular
property. BEFORE MAKING ANY OTHER DECISION, YOU SHOULD PERSONALLY INVESTIGATE THE FACTS (e.g. square
footage and lot size) with the assistance of an appropriate professional. You may use this information only to identify properties you may be
interested in investigating further. All uses except for personal, non-commercial use in accordance with the foregoing purpose are
prohibited. Redistribution or copying of this information, any photographs or video tours is strictly prohibited. This information is derived
from the Internet Data Exchange (IDX) service provided by Sandicor®. Displayed property listings may be held by a brokerage firm other
than the broker and/or agent responsible for this display. The information and any photographs and video tours and the compilation from
which they are derived is protected by copyright. Compilation © 2012 Sandicor®, Inc. ”
eXp Realty of California Inc | Deborah Penny, State Broker | DRE#01878277 |
2603 Camino Ramon #200
San Ramon, CA 94583
888-832-7179 | Privacy Policy